You are here: Home1 / About us2 / Roger Mireles has now retired

Roger Mireles left his home in San Antonio, Texas in 1955 as a 16 year old to join a trapeze act. While working at the Circus Atiede in Mexico he was spotted and booked for the 1958 season with the ” Four Alizes” at The Tower Circus Blackpool.

Roger Mireles – centre in both pictures

his career continued with work in the USA with Barnham & Baileys and Ringling Bros and in Europe in the Weiner Stadhalle, Viena, and the Deutschlandhalle, Berlin. On his return to Blackpool he met his wife Carol, then a dancer who he trained in the art of the trapeze.

Their new act “The Flying Miralees” continued to work around the world but, after retiring and settling in Blackpool, he joined the Blackpool Circus school to add his expertise in Trapeze. 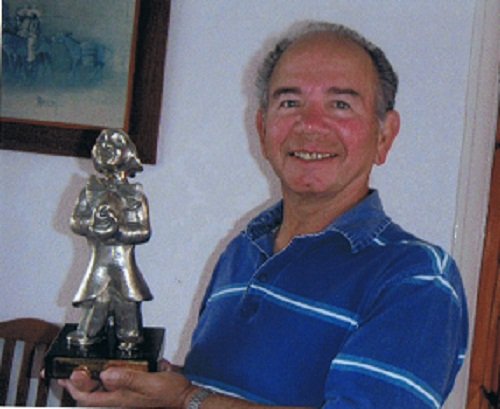 Roger with his silver clown award. 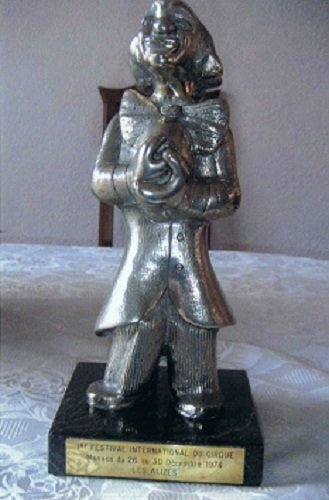 The above award was the Silver Clown award for the performance of “Les Alizes” the flying act that started Rogers Circus career. The act was very famous for many years before Roger joined. The “Flying Alizes” appeared with Yuri’s parents “The Amazing Gridneffs” at the Tower Circus in 1940